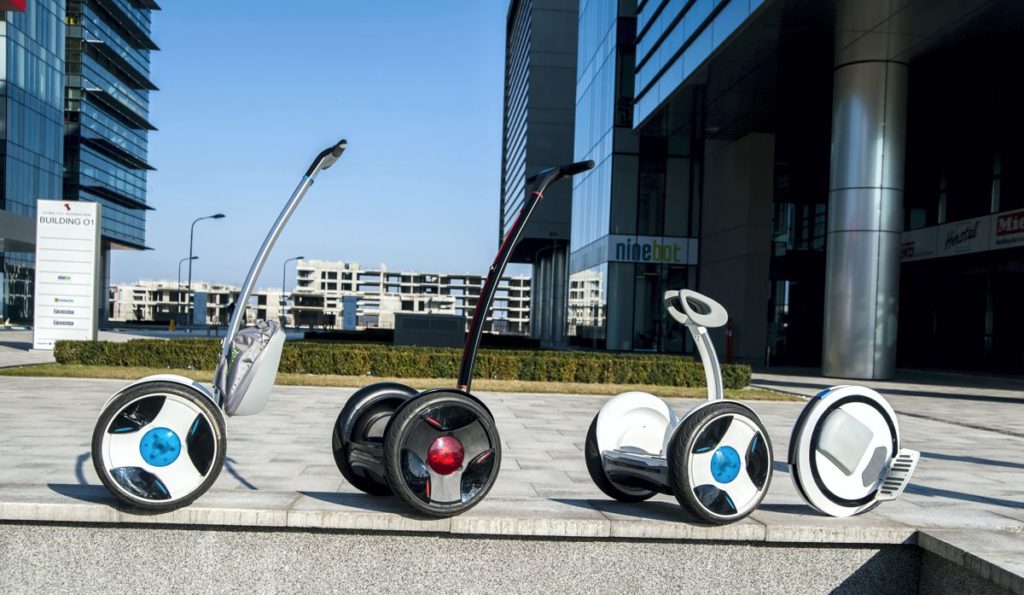 Ninebot is a privately held company headquartered in Beijing, China.

Recently Ninebot strategically merged with Segway, headquartered in Bedford, New Hampshire. The combined company focuses on the research and development, design, manufacturing, distribution and sales of short-distance transportation products. The ultimate goal is to promote the evolution of our products to become the world’s leading provider of mobile robotics solutions.

Ninebot is well-known in Asia and Europe. Its investors include Sequoia Capital, Xiaomi Corporation and ShunWei TMT Capital. Segway boasts an international distribution network of more than 250 retail points in 80 countries. The combined company has strategic hubs in the US, Netherlands and Beijing as well as manufacturing centers in the US and China.

Segway and Ninebot will also devote a great deal of attention to seamlessly connecting robotic solutions to smart phones and integrating existing technologies and future concepts, such as voice interaction and facial recognition with its robotic products – products that will be highly interactive and encourage smarter living.